Laparoscopy is a type of surgical procedure that allows a surgeon to access the inside of the abdomen (tummy) and pelvis without having to make large incisions in the skin.

This procedure is also known as keyhole surgery or minimally invasive surgery.


Excellent results in Urology through Laparoscopic Surgery for treatment of :

Laparoscopic pyeloplasty is a way to perform reconstructive surgery of a narrowing or scarring where the ureter (the tube that drains urine from the kidney to the bladder) attaches to the kidney through a minimally invasive procedure.

Nephrectomy is a surgical procedure to remove all or part of a kidney:

Ureteral reimplantation is a surgery to fix the tubes that connect the bladder to the kidneys.

The surgery changes the position of the tubes at the point where they join the bladder to stop urine from backing up into the kidneys..


Other Uro Cancer surgeries can also be performed through Laparoscopic surgery. 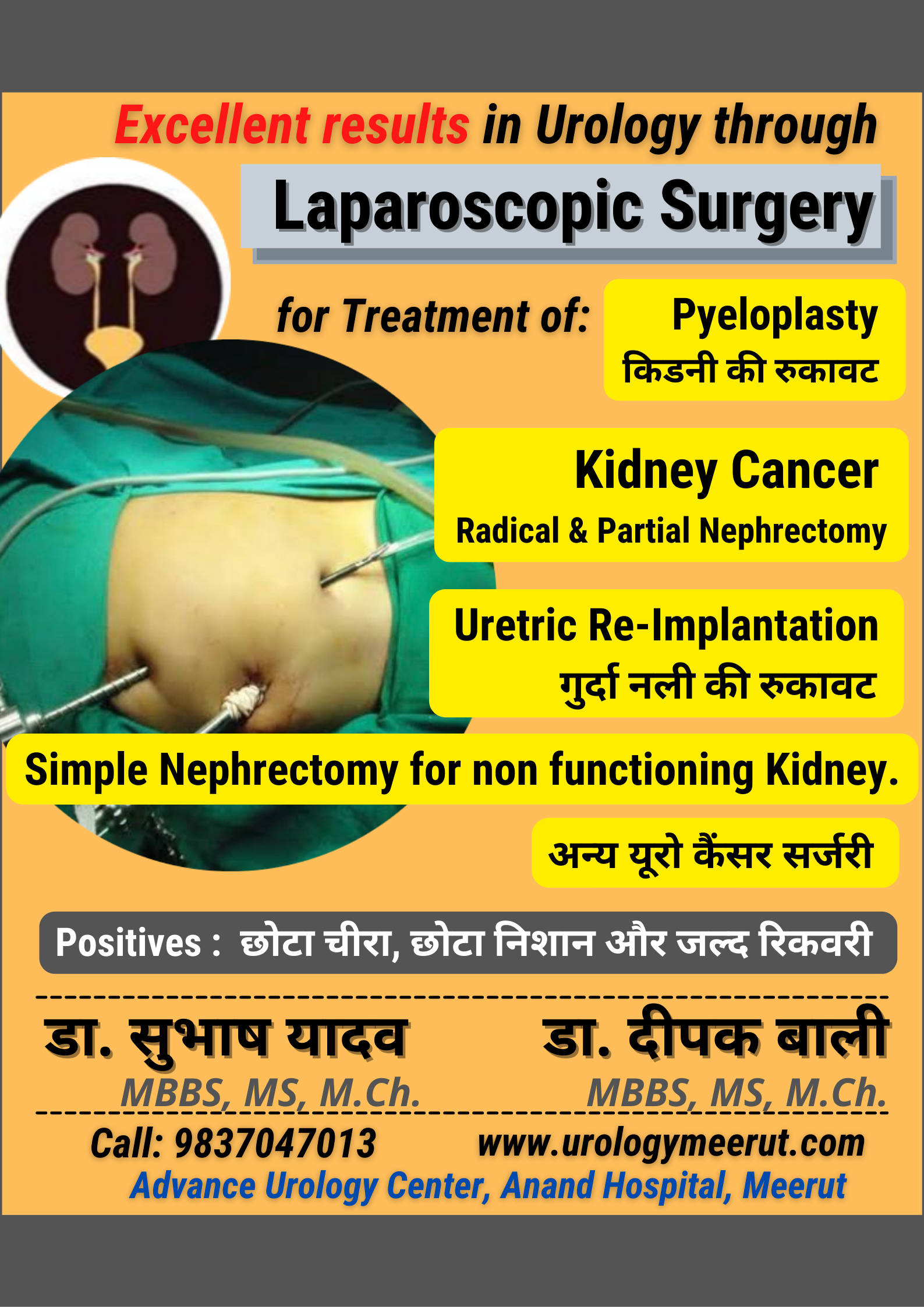